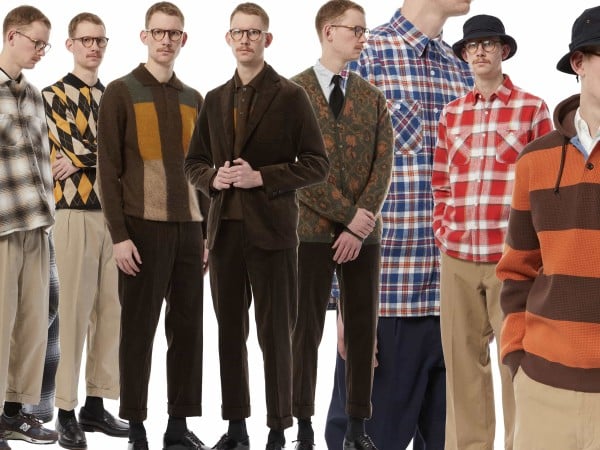 In 1976, Etsuzo Shitara who owned a cardboard company, decided to diversify his enterprise by entering the fashion industry. Setting the goal of changing culture and customs of the Japanese youth, he opened a small shop in Harajuku named “American Life Shop BEAMS”, evolving into the current menswear flagship. “BEAMS” in this case is a reference to the rays of light the company aspires to figuratively shed on products by carefully curating and presenting them to the Japanese youth.

The shop’s setting was inspired by an UCLA student dorm room and primarily sold imported West Coast American original fashion and homeware items. Soon, they found fertile ground within a society that was just slowly getting out of a great depression and a youth that was tired of buying army surplus. Since the end of WWII, the Japanese fascination for American classics, especially Ivy League, a classic American college fashion style from the fifties, had been evolving and manifested itself in staple books like “Take Ivy”. BEAMS, among other retailers in Japan, would contribute to establishing what we know today as “Japanese Americana”.

In the years following, BEAMS’ success led to the openings of several more stores in Tokyo as well as the establishment of sublabels like BEAMS Plus in 1999 for the most authentic Americana menswear, remembering the good-old American styles that BEAMS grew up on.

BEAMS+ is not merely revival or nostalgia, but instead pursuits authenticity in the next generation of casual menswear by drawing inspiration from America’s Golden Age, the mid-1940s to mid-60s. When the country came out of World War II victorious and its economy was booming, every business sector saw massive development.

Dress codes or uniforms, were defined for various lifestyles, evolving into four main uniform categories and laying the basis of American fashion: American trad, work, sports and military.  BEAMS PLUS sees timeless beauty in the functional design of uniform fashion and strives to pay homage to such tradition through modern interpretations.