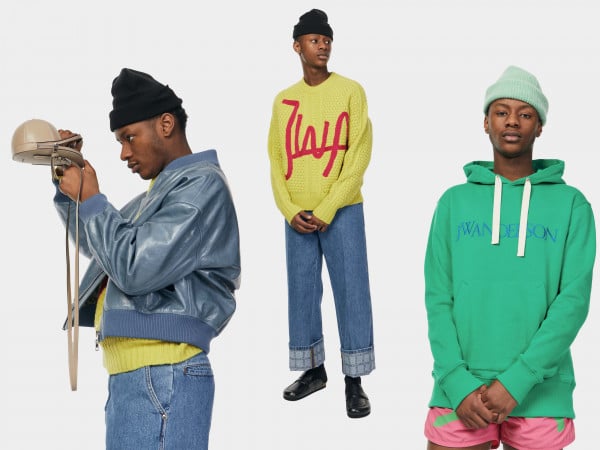 JW Anderson was founded in 2008 by Northern Irish designer Jonathan Anderson. An elaborate collection of accessories quickly attracted attention towards the newly founded label, enabling them to show on-schedule during 2008’s London Fashion Week. Its unique design aesthetic offers a modern interpretation of masculinity and femininity. The creation of thought-provoking silhouettes through a conscious cross-pollination between menswear and womenswear elements, earned the label a cult following and encouraged JW Anderson to present a women’s capsule collection in 2010.

In addition to JW Anderson’s menswear and womenswear collections, the brand has collaborated with powerhouses such as UNIQLO or Converse, creating collections that were in really high demand.

Explore our selection of menswear items from JW Anderson - a really great addition to your wardrobe.