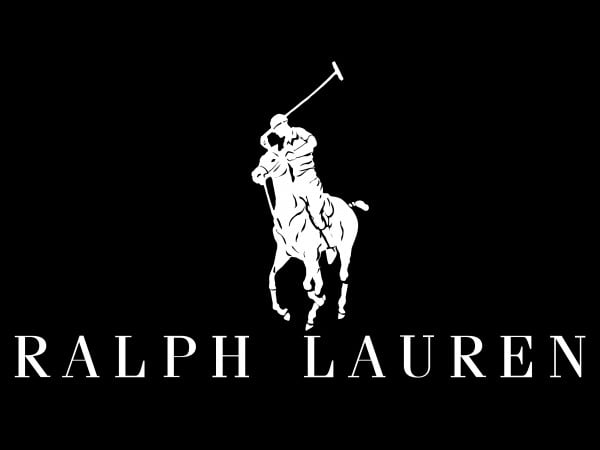 Ralph Lauren, the man behind one of the most influential brands there is, represents a variety of things: From creating a total concept of fashion and style to consistently following his vision and reminding us of the best things in life like the country, great open spaces, vegetable gardens, fire places and the romance of the West. In this guide we will look into Ralph’s beginnings, his vision, and accomplishments on the way to establishing his very own cult brand.

1967: Working out of a drawer in the Empire State Building and employing influences of the glamour from Old Hollywood, Ralph bucks the trends of the day with a collection of wide ties that are each handmade from the highest quality fabrics.

1968: Debuting his first full men’s collection, some standout pieces include a white flannel suit and dress shirts in unexpected sport shirt fabrics. ‘I wanted more romance. I wanted something that got me excited.’ Ralph said, explaining his inspiration.

1970: The Polo by Ralph Lauren shop opens in Bloomingsdale’s as the legendary store’s first ever boutique devoted to a single designer. Ralph oversees the full process down to every detail, even the wood paneling.

1972: The Polo shirt is introduced. Crafted from the finest materials and available in a rainbow of vivid colors, the Polo shirt becomes an icon of American style. Soon after, Ralph debuts his first full women’s collection. “When I started to make menswear, women were always asking, ‘Can you make that for me?’” Ralph said.

1974: The Great Gatsby makes a statement: The film’s menswear comes from the latest Polo collection - with the exception of a pink suit Ralph designs specifically for Robert Redford a Jay Gatsby.

1976: Ralph wins a Coty Award for womenswear and the Coty Hall of Fame award for menswear. Less than a decade after starting Polo, Ralph becomes the first designer to win in the men’s and women’s categories in the same year.

1978: Ralph introduces Polo for Men. The scent’s signature green bottle was inspired by a vintage flask, complementing masculine notes of pine, leather and tobacco. A TV ad in support of the launch features polo players in action.

1979: Ralph embraces the Cowboy spirit. With Polo Western, his new line of denim, apparel, and accessories. Ralph draws inspiration from the purpose-built clothes of the American West. The tagline “made to be worn” says it all.

1981: The Santa Fe Collection makes its debut. Inspired by the city’s artistry and free spirit, Ralph brings the craftsmanship and natural charm of the Southwest to the forefront of high fashion. The same year, Ralph opens his first store outside the United States, located in a former pharmacy on New Bond Street in London. The space exemplifies the timeless gentleman’s club aesthetic that Ralph Lauren stores will become known for.

1983: Ralph Lauren Home debuts. Frustrated by the lack of choice and quality on the market, Ralph launches his own home collection - a first for a clothing designer. It includes a wide array of offerings, from beddings to rugs and décor, designed around four signature RL motifs: Thoroughbred, New England, Jamaica, and Log Cabin.

1986: Ralph redefines retail with his first flagship. Reimagining New York’s celebrated Rhinelander mansion on Madison Avenue, Ralph extends his vision for living across multiple floors adorned with hand-carved mahogany balustrades, oak floors, and marble fireplaces. As a store, the venue is an instant hit, sparkling a revolution of story-driven retail experiences. Later that year, Ralph appears on the cover of Time magazine. Inside, the story documents how Ralph built a fashion empire less than 20 years after Polo debuted.

1991: The Polo Bear arrives on the scene. The Polo style icon got his start as a limited-edition teddy bear inspired by a stuffed bear Ralph received as a gift from his staff (it was wearing clothes modeled on Mr. Lauren’s own). Soon, the bear was embroidered onto sweaters, formal slippers, and accessories, and is now a playful hallmark for Polo style. 1991 also marks the year that Ralph receives the CFDA Lifetime Achievement award.

1992: One year later, Polo Sport debuts with the Stadium Collection. With its bold colors and eye-catching graphics, the line of performance-driven activewear would go on to become one of Polo’s most collected.

1993: Double RL makes its debut. Taking its name from Ralph’s Colorado ranch, Double RL embodies the authenticity and purpose-built style of the West. “This is my closet,” Ralph succinctly put it. “It’s not fashion; it’s real stuff.”

1995: Ralph introduces Purple Label and Ralph Lauren Paint. Inspired by the finest European tailoring, the new line embodies unprecedented levels of refinement and style. The launch campaign stars Ralph wearing a double-breasted chalk-stripe suit from the collection. “A color is capable of changing the way you feel and the way you act,” says Ralph Lauren, who offered more than 400 distinct hues, across five lifestyle collections (Safari, Country, Sport, Thoroughbred, and Santa Fe), with his first-ever paint collection.

We could go on and on about Ralph Lauren’s accomplishments, capsule collections, runway shoes, awards and store openings though we mainly wanted to concentrate on his beginnings of building the cult brand that Polo Ralph Lauren has become over the years.