11 SELVEDGE DENIM MILLS AROUND THE WORLD 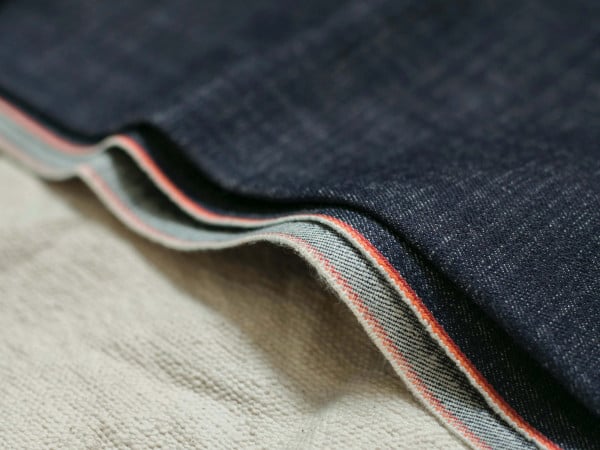 Transparency is important, especially within the world of fashion. While for some people the ‘Made in’ label provides sufficient information, denim heads like to look a bit deeper into the the supply or production chain of their jeans. Not only do they want to know what brand made the denim, but also where the cotton came from and who milled it.

In this guide, we want to inform you about the 11 Selvedge Denim Mills every denim head should have at least heard of and why these mills are special, each in their very own way.

8 out of 11 mills are located in Japan, taking cues from from the country’s long and vibrant history of weaving and sewing.

The Amhot Mills were founded in August 1993 and are based in Osaka. To gain access to their Website, you have to email someone at the company to request a log-in code - only for visiting the website. While their web design may seem like something out of ancient times, their offerings of fabric are more than up to date. Like many Japanese textile developers, Amhot pays tribute to Japan’s roots of textile manufacturing, but gives them a modern edge.

Tamotsu Kuroki founded the Kuroki Mills in 1950, but it wouldn’t be until 1960 that they would set foot into the production of denim. Originally, they vat-dyed their denim (a process that is heretical in the denim community), but by 1965, the mill began rope-dying, giving their product a more authentic look. The process of rope-dying also allowed the fabric to develop fades that came close to and even rivaled those of the original American blue jean developers. Today Kuroki is the supplier of choice of some of the heaviest hitters within the industry including 3sixteen.

The Japan Blue Group from Kojima is mostly known for their in-house labels Momotaro and Japan Blue Jeans. Everything began with Collect, the mill and provider for the fabric, that was founded in 1992. After 14 years of meticulously weaving denim on antique looms, they decided to launch their very own brands. While Momotaro is a reference to the mythical boy in the peach (they even gave their jeans a signature pink-line selvedge), Japan Blue Jeans was founded in 2010 to sell denim of similar high-quality at a lower price point.

Sukejiro Kaihara was an indigo expert who attempted his first-ever indigo weaving endeavor in 1893, setting the foundation stone for the Kaihara Mills which was established in 1951. For years, Kaihara Mills has been a ceaseless innovator, patenting and developing new machines to improve the dyeing and weaving processes (in 1970, they independently developed a rope-dying machine). Kaihara never stopped improving their equipment and in 1977, they even set a world record for most rope-dying ever done in a single month of production. Today, Kaihara continues to grow and adapt, providing denim for brands like J. Crew and Nudie Jeans.

Nihon Menpu, being one of the oldest Mills, was first established in 1917 but didn’t fully commit to producing denim until 1985. At a time when the global standards of denim production were beginning to decline and mass production on high-speed looms was the most common and profitable way, Nihon Menpu decided to slow things down by using old-fashioned looms to make a higher-quality selvedge denim. Their yarn-by-yarn approach has certainly paid off, as they now provide denim to some of the hottest American denim brands, Rogue Territory.

Nisshinbo Mills was established as the Nisshin Cotton Spinning Company in 1907 not only proving denim but a variety of textiles. In 2004 they started production of a fabric that was not only anti-bacterial but also immune to undesired odors. Despite their success when it comes to highly innovative textiles, their specialty lies within the production of ring-spun denim. Due to the intensive labor that is necessary to create the more irregular and vintage-looking surface typical for ring-spun denim, the process had largely phased out.

Kurabo was founded in 1888 in Okayama but didn’t enter the denim business until 1970. Due to the controversial fact that their KD-8 Kurabo denim was the first denim ever made in Japan (hard to prove the opposite) they were gaining a lot of attention. When Big John, one of the first Japanese denim companies, used Kurabo’s denim it was certain that Kurabo had entered the business to stay.

Now functioning as a fabric wholesaler, the history of Toyoshima Mills can be traced back to its foundation in 1841. Next to denim, they also experiment with innovative blends of hibiscus and bamboo.

After working our way through the Japanese world of Selvedge Denim Mills, let’s continue with the remaining 3 which are located in the U.S. and Italy:

The last of a dying breed, Cone Mills is the last selvedge denim mill in the United States. It was founded by Ceasar and Moses Cone in 1891 in Greensboro, North Carolina and got its big break-through with the ‘Golden Handshake’. This informal handshake deal made with Levi Strauss Co. in 1915 made Cone Mills the exclusive denim-provider for Levi’s lasting until Levi’s decided to move production overseas. Some of Levi’s premium models are still made with Cone Mills’ denim and the ‘Golden Handshake’ was even adapted by Levi’s as a symbol for the friendship with its long-time collaborator.

In 2017, Cone Mills stopped producing their famous White Oak denim which was widely used for Levi’s denim before and are therefore hard to find nowadays. Cone Mills products could be identified by the red line in their selvedge edge and the characteristic inconsistencies in the fabric which comes from the Draper X3 looms standing on wooden floors and bouncing slightly.

Candiani was founded in 1938 just outside of Milano, Italy, and has been family-run ever since. They are known as the greenest of the 11 denim mills and have even won a number of awards for their commitment to sustainability. Owning two factories, they can proudly call themselves Europe’s largest denim producer.

Another mill from Italy is Berto which was founded in 1887 by two brothers in Bovolenta producing non-selvedge denim. Doing things the old-fashioned way, their ‘Blue Selvedge’ line is produced on 1950s “Picanol style mechanical scaffoldings giving their denim a true and authentic feel. To keep this antiquated form of production running, Berto has employed a number of specially trained operators and mechanics.