Prior to setting up independently in 1990, Martin Faizey spent 17 years as a saddler, kindling his passion first for working with smooth English bridle-finished leather, and later for the specific craft of making straps and belts. Encouraged and supported by his wife, Yvonne, Martin established an independent workshop in a small outbuilding on a farm, near the Worcestershire town of Pinvin. His early years were largely spent producing belts for renowned brands within the industry, and his reputation grew with the quality of his belts. In 2007, with the business beginning to expand and regular orders coming in via word of mouth from the USA, Germany and Japan, Martin and Yvonne’s youngest son, Tom, joined Martin in the workshop. Together, as Father and son, they continued to cut and create every belt by hand using traditional, centuries old skills. As many in the industry will attest to, they have forged a reputation for being perhaps the finest belt-makers in the country. 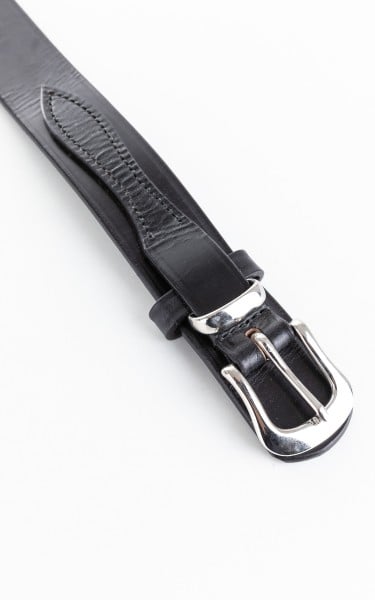 Martin Faizey Hoof Pick Belt Australian Nut
$ 146,50
THE NEW CULTIZM SHOP IS LAUNCHED!
In order to give you a better service Cultizm uses cookies. By continuing to browse the site you are agreeing to our use of cookies. Yes, I agree